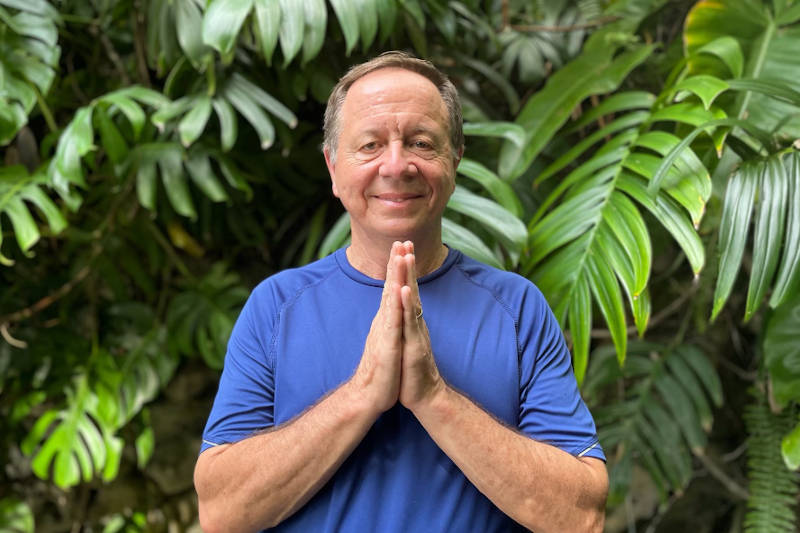 Andy was introduced to Vipassana practice in 1994 by Peter Carlson, the founder of Orlando Insight Meditation Group. That year he attended a ten-day meditation retreat hosted by Southeast Vipassana Association (SEV), as taught by SN Goenka, and then played a very active part in the SEV core community from 1994 to 2008. Andy would plan and organize retreats, serving as camp manager and kitchen manager, and was either a participant or a server in at least fifteen ten-day retreats. Since 1994, he has attended numerous longer retreats taught by Peter as well as other retreats at Insight Meditation Society in Barre, Massachusetts, with teachers such Larry Rosenberg, Catherine McGee, and Daeja Napier.

Andy was asked to teach by Peter in 2013 and subsequently attended Peter’s teacher training group for four years. He has taught on a weekly basis since 2013, including leading many half-day and one-day retreats. Andy has significant experience teaching mathematics and science at local colleges and has also taught about a variety of mental health topics at private companies, hospitals and non-profit agencies.

Andy is a Licensed Mental Health Counselor in private practice in Lakeland, Florida. He has always been fascinated with how the mind works and the integration of psychology and spirituality. Andy was attracted to insight meditation practice because he found the meditation teachings rational, psychologically sound, and accessible to anyone regardless of spiritual practice.

Andy formed Lakeland Insight Meditation Group (LIMG) in 2002 with the intention of creating a group to meditate with and making meditation teachings available to the community. LIMG has hosted many one-day and residential retreats in Lakeland and the Polk County area. Andy is filled with joy to be a part of the community of fellow meditation practitioners and teachers.